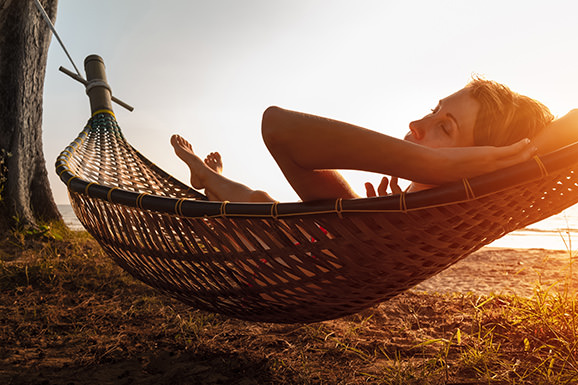 The steadily building scientific evidence points to the extensive benefits of probiotics and the importance of the gut microbiome. However, for one reason or another, some people cannot tolerate the traditional lactobacillus probiotics. For them, bifidobacterium probiotics may be the key to boosting intestinal health.

When it comes to probiotics there are a couple of different paths people can take when trying to heal gut issues without lactobacillus. One option is to try probiotics with soil-based organisms, while the other route is bifidobacteria probiotics.

I will address the subject of soil-based probiotics in another article; the present post is all about bifidobacteria. Bifidobacterium is one of the most prominent bacteria species when it comes to human health. In infants, bifidobacteria constitutes up to 90 % of all intestinal bacteria. The bifido amounts decline as we age, making up 3-6 % of adult fecal flora. (1)

This post is looking to be a long one as it is, so I’m not going to go over the vast impacts these bacteria have on our lives. You can read more about the significance of bifidobacteria not only for our digestive health, but also to the well-being of our entire bodies, in my article about prebiotics.

I am one of those people who do not do so well with lactobacillus probiotics. With high amounts of L. acidophilus my sleep suffers, I feel foggy, and I experience shortness of breath. The latter feels like I don’t get enough oxygen when breathing in. Air hunger is another term for this sensation – a sensation which I suspect has to do with D-lactate, which is produced by the L. acidophilus, not being metabolized as it should be.

It is wise to remember that we are all different. Our bodies, surroundings, genes and the composition of our intestinal microbiome are all individual. Several different conditions may lead to lactobacillus probiotics becoming unsuitable and perhaps even harmful.

Small intestinal bacterial overgrowth (SIBO) is a condition where the numbers of normal or pathogenic bacteria increase to harmful levels in the small bowel. SIBO has been shown to cause harm both to the structure and function of the small bowel. (2)

While lactobacillus is one of the good guys, and normally a beneficial bacteria, it can be part of a dysbiotic overgrowth in the small bowel, which causes adverse health effects. For this reason, lactobacillus probiotics may not be suitable in the presence of SIBO.

Histamine is a normal chemical released by mast cells in our bodies during allergic responses. In healthy people, the histamine is balanced and broken down by an enzyme called diamine oxidase (DAO). In people with histamine intolerance, the histamines accumulate, causing various symptoms around the body.

As well as producing an allergic immune reaction, histamine is also absorbed from histamine-containing foods and is produced by certain gut bacteria. This is why some probiotics are a bad fit for people with histamine intolerance.

Probiotic species produce different acids in their fermentation process. Typically speaking, our bodies are well trained to metabolize L-lactic acid, but for some people the formation of excess D-lactic acid in the gut causes problems. This is usually in combination with overgrowth of one or more D-lactate-producing bacteria strains. It is thought that a certain degree of increased intestinal permeability, aka leaky gut, must be present for D-lactate to become a problem.

Lactobacillus acidophilus and Lactobacillus plantarum are two species which produce high D-lactate. L. acidophilus is, of course, the most prominent bacteria strain in traditional probiotics. If these probiotics cause brain fog or chronic fatigue syndrome-like symptoms, then excess D-lactate absorbed from the gut may be the issue.

Over the past four or five years I have mostly used probiotics that contain only bifidobacteria and no lactobacillus (with the one exception mentioned in the last paragraph).

Here are the top 3 bifidobacterium-only products that I have found to be the most effective and highest in quality. 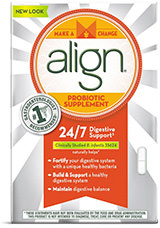 The Align Infantis probiotic includes just one bifidobacteria strain: Bifidobacterium infantis 35624. The name infantis derives from the fact that B. Infantis comprises the majority of gut bacteria found in the digestive tracts of newborn babies

Don’t let the rather low bacteria count of one billion bacteria units per capsule fool you. Align Infantis is a very strong supplement.

In controlled study-settings, Infantis 35624 has been found to significantly decrease symptoms in people suffering from IBS and to reduce intestinal inflammation. In animal studies B. infantis has also been able to reduce depression and improve mood. (3) (4) (5) (6)

When I first took Align, around five years ago, I had to quickly stop as it was giving me die-off reactions such as headaches and disturbed sleep. This was probably a result of the infantis bacteria killing and displacing large numbers of unwanted microbes in my gut. At the time, my body was too stressed to handle the rapid shift in gut bacteria levels. Since then I’ve successfully used Align multiple times to correct digestive issues without adverse effects.

Align infantis in a nutshell

ProBiota Bifido is another top-of-the-line bifidobacteria-only probiotic with an impressive count of 10 billion colony forming units per capsule. The selected strains are well researched and known to yield health benefits.

The manufacturer of ProBiota is Seeking Health, an American gut health-focused company. The company emphasizes that this combination of strains is useful to those for whom histamine issues are a concern.

Let’s take a closer look at the strains contained within this bifidobacterium probiotic.

ProBiota has a large amount B. bifidum, which was able to reduce IBS symptoms in a recent placebo-controlled study. B. longum is a profound bacterium in human guts and is similar to the previously mentioned infantis-strain. B. breve has been able to treat eczema and inflammatory intestinal diseases in study settings. And last but not least, B. lactis helps with constipation and may even combat the effects of celiac disease. (7) (8) (9) (10) (11)

ProBiota in a nutshell

Jarrow is a large supplement manufacturer with a reputation for high quality products. Its probiotic line is strong. Jarrow’s regular multi-strain probiotic is the most popular probiotic in iHerb and the company also has a good Saccharomyces boulardii probiotic.

In the image above you can see that the bacteria subspecies are marked after the names of the bacteria strains in Bifidus Balance. The statement of these exact subspecies might be interpreted as Jarrow having a more standardized product and manufacturing process. On the other hand, leaving the subspecies out of the label might just be a marketing decision.

Another similarity between ProBiota and Bifidus Balance is that they both contain a small amount of prebiotics. Jarrow’s bifidobacterium probiotic capsules contain 210 mg of fructooligosaccharide (FOS). Prebiotics are soluble fibers which feed the actual beneficial bacteria in the intestines.

Bifidus Balance in a nutshell

All three of the previous probiotics have contained only bifidobacteria species without the traditional Lactobacillus strains. But as long as we are talking about bifidobacteria probiotics, I want to add one more product to this article.

The probiotic is Renew Life’s Ultimate Flora. The reason I didn’t include it in the top 3 bifidobacteria probiotics is that this probiotic also contains lactobacillus bacteria, and a lot of it: 20 billion colony forming units in a capsule. BUT, it has even more bifidobacteria in it: 30 billion CFUs per capsule.

I have often used Ultimate Flora myself with good results and I’ve seen a lot of people having reported positive experiences about it all around the interwebs. And I don’t know of any other probiotic to have this high amount of bifidobacteria in it.

Ultimate Flora in a nutshell

What is the Best Time to Take Probiotics?