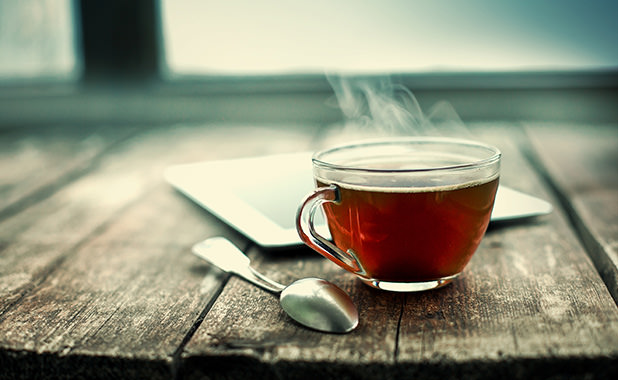 Ah, the week I have been looking for. The calendar is filled with nice events. There is dinner with friends, a Christmas party with my theater group, and a live music performance I have been anticipating for months. Aaaand, the cold season strikes me down!

After this happened to me last winter, I decided to find out if there were science-backed home remedies which could aid in curing a cold faster. Since then, whenever I’ve felt a cold coming on, I have used the remedies listed below and the colds haven’t lasted for more than 2 – 3 days.

The common cold is the most widespread disease in the western world. It is a viral infection of the upper respiratory tract, with more than 200 viruses capable of causing the symptoms. Rhinovirus is the most common culprit, and is responsible for a third of the viral infections. (1)

There are actually quite a lot of home remedies for the cold that can alleviate the symptoms, such as honey for a cough, neti pots and humidified air for congestion, and salt water gargling for a sore throat.

But I didn’t just want to just ease the symptoms, I wanted to know how I could cure a cold fast! Going through all the research available on the subject, it became clear that only zinc lozenges and garlic have shown any promise in producing a fast recovery from a cold.

What is true for most of the home remedies originating from our grandparents or health magazines also holds true for nonsteroidal anti-inflammatory drugs. They can ease the symptoms of the disease, but they don’t have an effect on the duration of the colds. (2)

Part 1: Nutrients that can cure a cold quickly 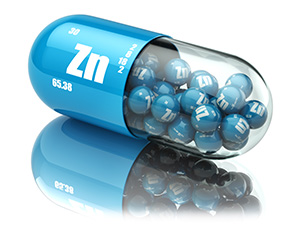 Zinc’s effects on the common cold have been evaluated in a few dozen studies since the 1980s. The results of these studies, as well as the study structures, have varied considerably.

In a small, but notable portion of the studies, zinc failed to speed up recovery from the cold. However, in certain supplement forms and dosages, zinc has consistently produced promising results in curing colds fast.

Over the past five years, three different meta-analyses have been published in which previous research on zinc and the common cold has been evaluated. All of these analyses came to the conclusion that zinc acetate and zinc gluconate can reduce the length of the common cold by one to three days. (3) (4) (5)

However, colds can’t be dealt with by popping any old zinc capsules. In all of the studies where zinc helped to cure colds faster, zinc lozenges were used. The benefit of the lozenge form is believed to stem from zinc’s ability to prevent the viruses from attaching to the throat and pharynx mucous membrane. (6)

Thus, the lozenges are most effective if they are completely dissolved in the mouth, allowing for prolonged contact between the zinc molecules and the throat area. Conversely, if capsules are swallowed quickly, zinc has little to no effect on cold viruses.

Key findings of the zinc studies:

The recommended daily intake of zinc varies from 8 – 15 mg depending on age and gender. Compared to this, the zinc dosages used in the common cold studies were remarkably high: almost 100 mg.

It is not advisable to take such high doses for prolonged periods, as high amounts of zinc can prevent copper absorption from the intestines. However, the aforementioned high dosages are considered safe for otherwise healthy adults if taken only for a few days or a week. (7)

Zinc can be found in many different forms in supplements. The number one cold eliminator, zinc acetate, is not the most common form but it is available on amazon. iHerb, perhaps the largest online supplement store out there does not have a zinc acetate product but they sell zinc gluconate lozenges, which were also found effective in the research. 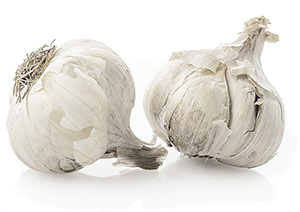 Garlic’s healing properties have been exploited around the world in different cultures for more than 5000 years. Garlic has been a valuable medicinal remedy in regions such as ancient Egypt, Greece, China, and India. (10)

Our modern medicine has also discovered some of the healing capacity of garlic. In multiple studies, raw garlic and its compounds were shown to be effective against bacterial infections, yeast overgrowth, and parasites. (11) (12) (13)

So, how about curing the cold? Well, in 2012, the respected medical organization Cochrane published a meta-analysis of garlic’s ability to treat cold symptoms. The research team identified eight relevant studies on the subject, but only one of them met the criteria and quality requirements set for the analysis. (14)

The trial they included was a placebo-controlled English study in which 146 healthy adults were given a garlic supplement or a placebo daily for three months. The study was carried out in the cold season, from November to February. (15)

During the 12-week research period, the study participants who received the garlic supplement had a 70% lower chance of getting the cold than those who took the placebo. In addition, the duration of the cold symptoms was, astonishingly, only 1.5 days in the garlic group compared with the average sickness time of 5 days in the placebo group.

The garlic powder supplement used in the study consisted of 180 mg of allicin, the most prominent active ingredient found in raw garlic. This is a significantly larger amount of allicin than is found in a single garlic clove. I personally still prefer real raw garlic because it contains a number of other healthy compounds besides allicin.

For those of you who prefer the convenience of supplements, a similar product to that used in the study, with 180 mg of allicin, is available on Amazon. I have used it myself and it seems to have the same kick that raw garlic has.

One of the most popular posts I have written is an article on using garlic to treat various gut infections. In that post, I give tips on how to maximize the allicin content of raw garlic and how to eat it in a way so that the smell of garlic doesn’t taint your breath.

Part 2: Other Common Cold Home Remedies – Are They of Any Use?

Even though almost all of us have people in our lives who swear by alcohol to strike down all bugs and viruses, there is no proof that alcohol helps to cure colds faster.

The good amount of research done indicates that vitamin C does not prevent common colds. In addition, two therapeutic trials have been carried out in which vitamin C administration was initiated from the onset of cold symptoms. In neither of these studies was vitamin C able to reduce the duration of the colds. (16) (17)

Vitamin D supplementation has been found to reduce the number of respiratory tract infections in populations that are deficient in vitamin D. However, there is no evidence that vitamin D would otherwise help to cure a cold faster. (18)

Honey has documented antimicrobial properties and has been found to alleviate cold symptoms in study settings, especially coughs. But as with many other home remedies for the common cold, honey doesn’t reduce the duration of the cold. (19) (20)

Supplements and tinctures made from the Echinacea plant family may have a mild preventative effect on the common cold but they won’t help in curing the colds faster. (21)

Part 3: What I do to cure a cold fast

At the onset of first cold symptoms:

It’s best to first try both the zinc and the raw garlic at small doses, as they can both cause stomach irritation and nausea. Garlic breath can be prevented by swallowing the raw garlic with water. You can find a more extensive guide on taking raw garlic in my previous post.

TAKE CARE OF YOURSELF

If you are taking medication, have been diagnosed with a disease, or you are pregnant/lactating, consult your doctor before trying out any new supplements